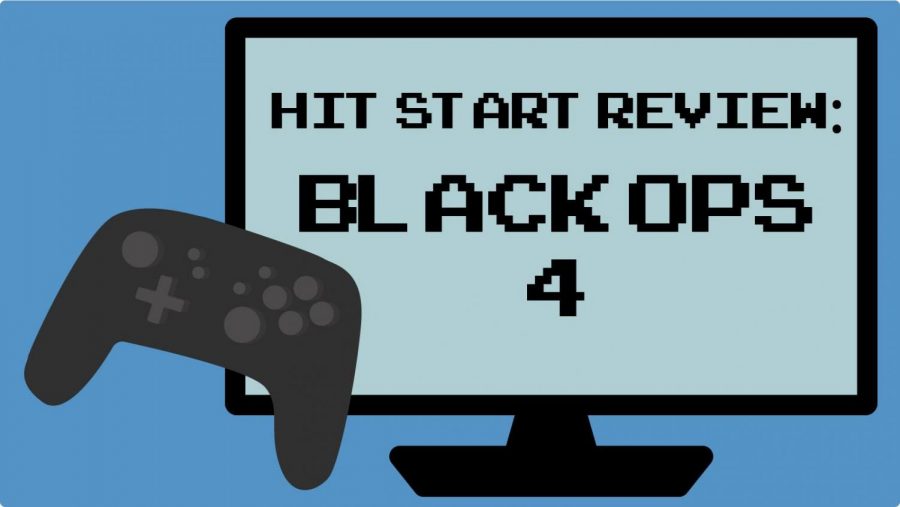 At this point, gamers know how it goes. Another year, another installment in the “Call of Duty” franchise. It’s about as safe of a bet as the sun rising tomorrow morning.

Whether you love or hate the franchise, there’s no denying the impact it has had on the gaming industry. With last year’s “Call of Duty: WWII” returning the series to its former glory, how does the latest installment fare in a year full of excellent games?

The single-player campaign in “Call of Duty” games is often looked at as the afterthought for many gamers and the developers have seemed to realize that. “Black Ops 4” is the first mainline entry in the franchise to not feature a single-player campaign, but instead opts to fully embrace its multiplayer modes as gamers have already been doing for many years.

The main menu of “Black Ops 4” presents gamers with three options. Multiplayer, the traditional online “Call of Duty” experience; Blackout, a mode that capitalizes on the immensely popular battle royale trend that is sweeping the industry; and Zombies, the infamous mode where gamers fend off waves of the undead.
“Call of Duty” meets battle royale
In previous years, gamers would jump straight into multiplayer, but seeing as Blackout is new to the series and is being pushed heavily by the developers, it is the most intriguing first option.

While playing Blackout, it seems obvious there is some inspiration taken from “PlayerUnknown’s Battlegrounds,” which isn’t exactly a bad thing considering that game’s immense success, but at times it’s hard not to think that Blackout is just a mix of the two. Nonetheless, the mode is undoubtedly addicting and there really isn’t anything like the satisfying feeling of finally earning that first victory.
Multiplayer is back in black
As it has been in years past, “Call of Duty” multiplayer is generally the same at its core, but new features added here and there help keep the experience fresh. Gone is the emphasis on vertical movement from “Black Ops III” and instead the emphasis has been returned to “boots on the ground combat.” What does return from “Black Ops III” is the specialist system which allows players to choose from various specialists that have their own unique abilities.

Despite it being one of the bigger things that differentiates the “Black Ops” line of games from other “Call of Duty” games, the execution in this installment leaves a bit to be desired. Unlike “Black Ops III,” gamers can no longer choose one of two abilities that are unique to that specialist, but are instead forced to use just one. It seems small, but it really eliminates a big aspect of personalization and it doesn’t help that the maps players are playing on aren’t necessarily classics.

“Black Ops 4” multiplayer features new maps as well as a slew of old ones, which isn’t exactly what gamers are probably looking for. It isn’t uncommon to see one map return throughout the series, but there were various points where I was wondering why I was playing on multiple maps I played on five or more years ago. It comes off as lazy and considering the new maps aren’t anything to write home about, it is disappointing for sure.
Zombies
Similarly to how it did in “Call of Duty: WWII,” the zombies mode continues to take steps to becoming a more narrative-driven experience. Fans of the mode will have tons on fun uncovering the many story bits and listening to the banter between the cast. For the first time in the mode’s history, gamers can now play with AI teammates, which helps bring back the missing single-player “Call of Duty” experience in some capacity.

Perhaps making up for the lack of customization in the multiplayer, zombies is very customizable. Players can now tweak nearly every aspect of the game such as starting currency, how much damage is put out, the speed of the game and more. It helps keep a near 10-year-old mode fresh and better than ever.
Final thoughts
The “Call of Duty” series has once again provided gamers with plenty of addicting gameplay for the year to come and onward. Nearly every mode in “Black Ops 4” can and will give gamers that “just one more game” feeling over and over again. For fans of the franchise, it is a must-play.