OPINION: It’s time to eliminate the ‘boys will be boys’ mindset 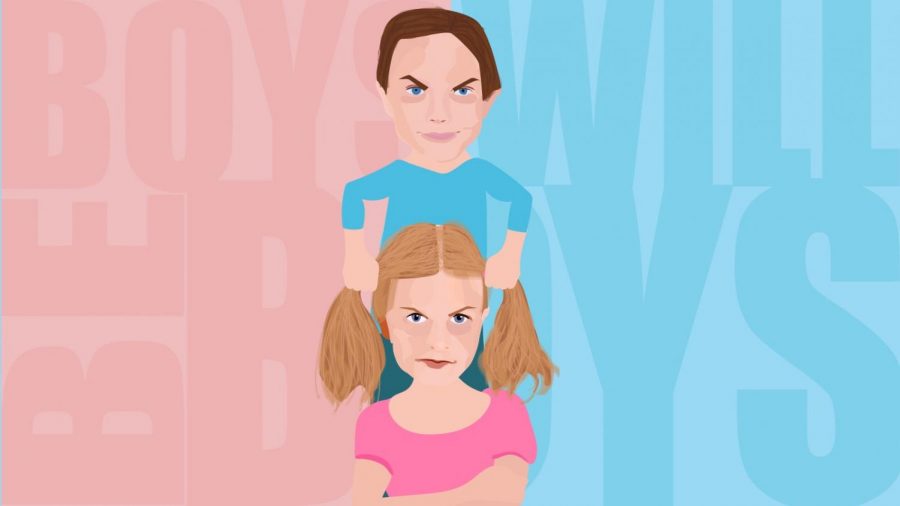 If boys felt entitled to touch my hair, what else would they feel entitled to in the future?

Yes, I’m going there. Someone has to.

When I was young girl, a boy pulled on my ponytails. After repeated attempts to get him to stop, the boy kept on.

After the class left for lunch, I stayed behind to speak with my teacher at the time. I told her the situation in hopes that she would intervene. Her reply was just as sad as the circumstance.

She replied: “It’s ‘cause he likes you.”

Amazingly confused, I began walking away unsatisfied with her answer. It wasn’t until she added “It’s OK, Vanessa. Boys will be boys,” that I really became perplexed.

I remember asking myself, why on God’s green earth would a boy purposely pull on my hair knowing it hurts, because he likes me? What does she even mean by “boys will be boys?”

I truly believe that many women and girls share this experience. Even after this, many years have passed and the phrase remains to justify the actions of boys and men no matter what those actions may be.

In light of the recent testimony of a sexual assault allegation against Judge Brett Kavanaugh from Dr. Christine Blasey Ford, we find the nation at another standstill, pointing fingers at each other, Republicans and Democrats alike.

But why are we looking for blame within each other and when we should look at the culture we live in? Why is rejection or refusal dangerous? Why are we raising our boys to be a certain way in order to fulfill the stereotypical masculinity that is deemed as correct? Why are we encouraging terrible behavior because of “boys being boys”?

It’s time to end this once and for all. Saying “boys will be boys” does not excuse despicable behavior. We need to stop making excuses for our boys, who are our future men.

When we reinforce this idea, we don’t fix anything. Women can rally for justice to be served to their perpetrators. They can carry pepper spray, download emergency apps and even buy guns, but the problem still remains. Our fear still remains.

It’s time to change the culture in which we all live in. We need to look at our boys and fix our strict gender rules that surround them.

Some gender rules include the limitation of crying. This action seems to only be “OK” for women to do. And even when women do so, it’s made fun of and not tolerated. Boys are then told to redirect their feelings in other ways or methods. I’ve seen it, and chances are you’ve seen it too.

So what do we do?

We all begin as children, right? If we can change our future generations’ perspectives, then I truly believe we could ultimately change the course of history.

PBS Parents is encouraging parents to help their children in developing an understanding and respect for both similarities and differences amongst the child’s peers. By doing so, the child will learn to understand who they are in the context of gender, culture, ethnic group, race and language.

PBS provides tips on how to raise culturally sensitive children.

1. Teach children the importance of language and culture. Get them involved in the process of learning another language.

2. Celebrate the diversity of others and encourage curiosity for the cultures unfamiliar to their own.

3. Expose children to cultures other than their own.

4. As a parent, you have the most powerful role there is. Your child looks up to you, be the role model and example you want your children to admire.

Whether you are a parent, expecting parent or a college student with no intent of having children currently, this information can be extremely valuable. Who’s tired of hearing rude, ignorant, sexist and culturally insensitive remarks? I know I am.

Also, raising culturally sensitive boys doesn’t make them any less of a “man” either.

Being able to identify his privilege as a male and seeking to make right the wrongs done before him through the understanding of others different from him makes a man. It’s time for a positive change.

Uplift your current or future children to be the change we want to see within the world.