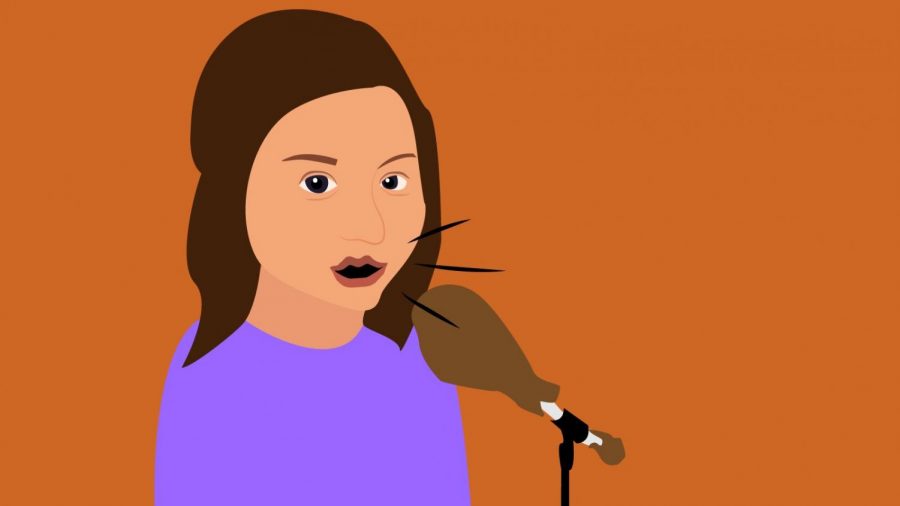 Assistant Opinion Editor Ashlynn Gallagher is thankful for her voice this holiday season.

During the holiday season, many people take the time to reflect on what they’re thankful for. While my list could go on for days, there is one thing that really sticks out for me: my voice.

As a young female journalist, I take great pride in having the opportunity to speak freely on issues that matter to me. It is no secret that some people around the world, especially women, aren’t as fortunate as me when it comes to free speech.

That is why it is aggravating to see those who work in the news media being attacked and mocked. I understand that the media is not always in the right, but to bully an entire profession for simply doing its job is not the answer. A true journalist seeks to reveal the truth. Sometimes the truth hurts.

As an opinion writer, it is important that I am not afraid to rock the boat, and if I make a few people angry, then so be it.

I should never feel obligated to censor myself because if you have the “right” to be a bigot, then I most certainly have the right to tell you how idiotic you sound. Publicly calling out another’s prejudices is the greatest feeling in the world.

Being an opinion writer has taught me that not everyone is going to agree with what I say, but that doesn’t mean it shouldn’t be said. If we take the time to speak about what we feel is important, we could change the world.

I want to stress that we must always be truthful when it comes to the news media because for many people, we are messengers and we tell important stories. Without us, those stories might never be told. But the second we start spreading lies, we lose the values we stand for.

I know the media tends to be the butt of jokes lately, but working in the media, especially as a journalist, is not an easy job and at times it is quite dangerous. I love that I get the opportunity to tell those who belittle my future field of work how incorrect they are, and getting under their skin is just a bonus.

I am so thankful for the freedom I have been given. My voice as an opinion writer allows me to be an advocate for some serious issues. Knowing that there is even the slightest chance I could empower someone is amazing, and I will continue to stand up for what I believe is right until the day I die.

“Journalism can never be silent: That is its greatest virtue and its greatest fault. It must speak, and speak immediately, while the echoes of wonder, the claims of triumph and the signs of horror are still in the air.” – Henry Anatole Grunwald