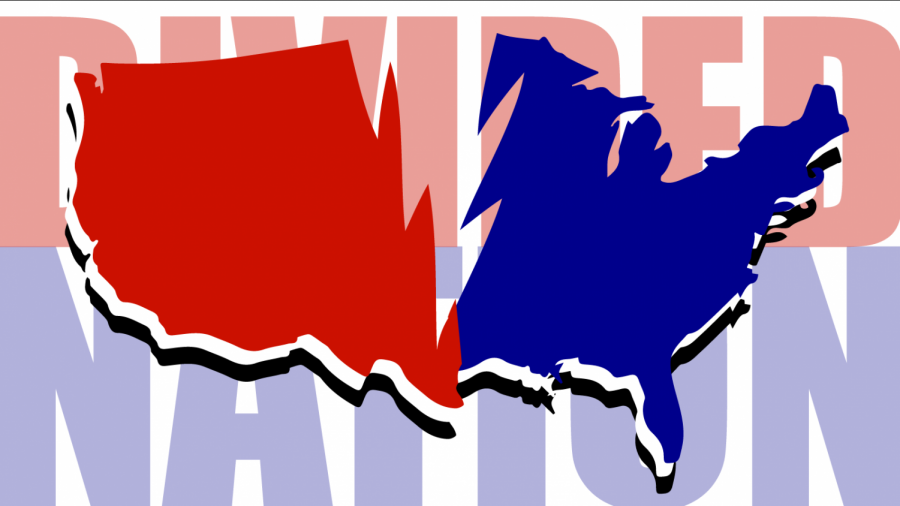 Fine, I’ll say it. The United States of America is an exceedingly divided nation and it is time we all stop acting like children and fix it.

I’m not here to place blame; I am just trying to understand how we could knowingly be this far gone. I feel that over time we’ve all played a small part in increasing our divide — some more than others. While our current state is not ideal, now is the time to take this opportunity and learn from our mistakes before it is too late.

It’s no secret we have faced some tough times throughout our many years as a nation. Some may argue that predominant events like the Civil War and Jim Crow segregation mark our most divided times. While they’re not wrong, the difference between then and now is we have the power to change it.

I believe that in the past, because of major events like World War II and the Cold War, we had a stronger sense of patriotism. Times of crisis tend to bring everyone together, but that doesn’t mean that we were a perfect union.

Somewhere along the way we allowed our political views to cloud our judgment, making it difficult at times for those of opposite parties to work together. Something that started off as political has now turned into a barbaric game of left versus right.

Americans are stubborn, myself included. Every day on social media, someone is ranting about how they cannot get along with someone who isn’t a part of their political party because they’re too obnoxious, but remember, every party has extremists. Don’t assume an entire party feels that way based on a small group of people. Communication is key.

I’ve watched a lot of people cut ties with friends and family members because of their political views. We seem to be at a point where, instead of trying to understand the other’s reasoning, we shut them out.

We define others based solely on who they’ve voted for in past elections. We then go back and forth playing the blame game instead of realizing that some of our current problems may be a combination of both party’s wrongdoings.

There is no way of knowing what our future is going to look like if we don’t change our ways, but it is important to remember history often repeats itself.

All eyes are on America right now, so it is crucial that we put on a united front. If we continue to attack, belittle and berate each other, we will only diminish our nation’s accomplishments.

Unifying the country will not be an easy task but it needs to be done. A major disaster should not have to happen for us to all work together. So please just stop condemning and start communicating.