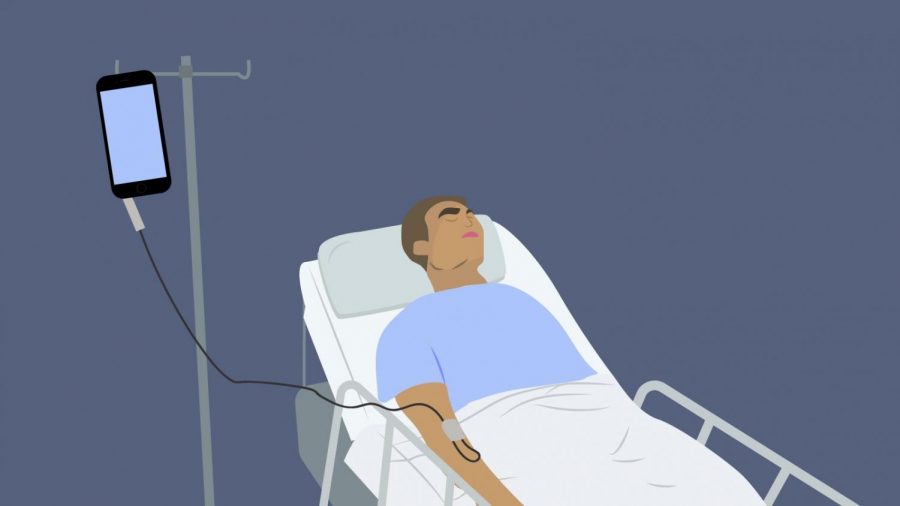 If someone came up to you right now and asked you to give them 30 years of your life in return for brief periods of mediocre entertainment, would you do it?

If your answer was no, you might find it interesting that the average American’s life span ranges from 76 to 81 years old. If you start using the internet around the age of ten and live to be at least 78, you’ll voluntarily spend an average of 247,520 hours of those years on the internet. That’s about 28 years of your life.

According to Pew Research Center, a quarter of Americans are usually always online. Whether it be your phone, computer or television, Americans spend about ten hours a day staring at a screen. On average, children are exposed to the internet as early as the age of three and start getting their first smartphone at age ten. We allow so much of our lives to be consumed by the internet that we don’t realize how much precious time we are wasting.

We have become so reliant on technology we can barely do anything on our own. If you kept track of every time you used technology throughout the day, even for something as insignificant as ordering your morning coffee, most of you would be in shock. I’m not saying we should get rid of our phones and go off the radar like monks, but I think that we all need to learn to be more in the moment.

How many times have you missed a deadline or canceled plans because you were so caught up watching Netflix or scrolling through Facebook? So many of us complain there isn’t enough time in the day to get things done, but is that really true or are you just sabotaging yourself?

Not only is technology interfering with our professional lives but it’s at the point where a “man’s best friend” is now his smartphone. Instead of tweeting about how boring your life is or how much you want to travel, why don’t you actually try to do something about it?

We also have to keep in mind the terrible example we are setting for today’s youth. We are teaching them that video games and social media are an appropriate way to spend their time and then we wonder why they are so shut off from the outside world. Let me be very clear. I understand that there are many educational benefits to the internet, but there’s a big difference between a child spending five hours a day playing “Fortnite” and practicing spelling on ABC Mouse.

Breaking a habit as stubborn as this one is not easy, especially when it feels so natural to check our phones every 10 minutes. Start by being aware of how often you use your phone throughout the day, which is easy since most smartphones track that for you. If you’re bored don’t automatically turn to the internet. See if there is something else you could do to keep yourself occupied.

These are baby steps and may seem pointless, but when your only other option is to become a hermit, anything helps. When you look back on all that you’ve done at the end of your life do you really want the glow from a screen staring back at you?