Popcorn Picks Review: ‘Joker’ is the must-see film of the year 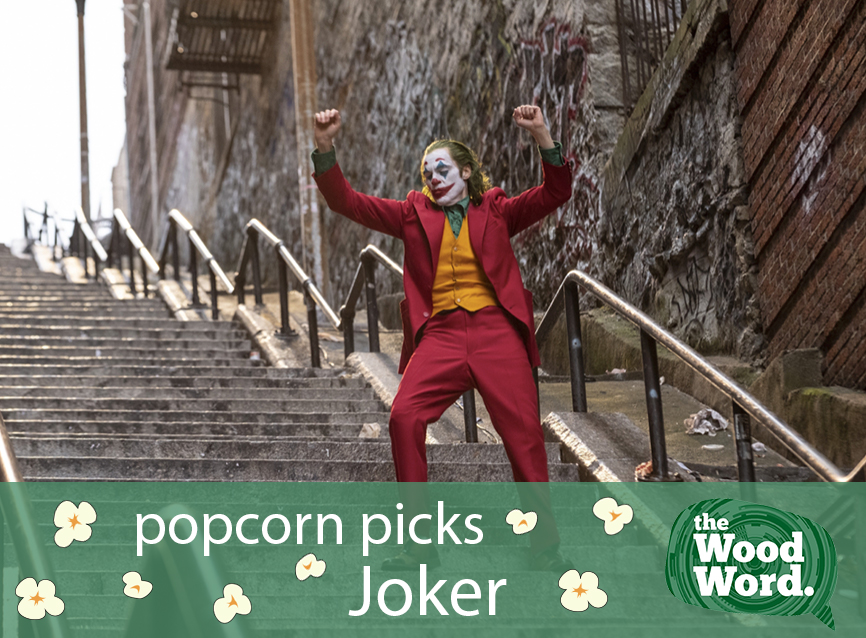 From start to finish, “Joker” is a wild ride of a film and not in the way you might expect.

It isn’t funny, there’s little to no action and there are no feel-good moments. Despite all of this, I walked out of the theater speechless with my emotions all over the place.

The greatest accomplishment of “Joker” is that it makes you feel. For anyone who has been through some sort of traumatic experience, there is something to relate to in this movie. Although on surface level this is just an origin film of the iconic “Batman” villain, if you begin to peel back the layers, it is much more than that.

It left me wanting to be kinder to everyone around me because you never know what some people are going through. It also left me questioning the world we live in today. Why are people so mean to each other? And why don’t people ever try to put themselves in the other person’s shoes before making a nasty remark?

Before going any further, it is worth pointing out that this film has been shrouded in controversy. At The Wood Word, we do not condone or believe in any of the ideals some film analysts think this film stands for such as the glorification of violence. “Joker” is a movie and just a movie.

“Joker” tells the story of Arthur Fleck, an aspiring stand-up comedian who has been seemingly left behind by society. He has been taking care of his sickly mother for a number of years despite suffering from a mental illness that makes him laugh uncontrollably at random.

Fleck never seems to catch a break, and just when things look like they are getting better, they get worse. He is publicly humiliated, beaten up, cursed at, manipulated and more. It almost makes you feel bad for him, but not for long.

Throughout the course of the whole film, Fleck’s downward spiral into madness is apparent. You begin to feel bad for having felt bad. This character whom you were once rooting for to have just one good day is so far gone that all you can do is sit back and watch him turn into the criminal mastermind known as “Joker.” It all culminates into a final 20 to 25 minutes that I consider some of the most powerful I’ve seen in my young career as a film connoisseur.

Joaquin Phoenix should easily receive an Oscar nomination for his performance as Fleck. It is clear to see that Phoenix researched the character thoroughly and pushed his body to the limits when preparing for the role, having reportedly lost 52 pounds to bring the character to life. Certainly a far cry from the days of Cesar Romero’s depiction of the character in the 1960s.

Phoenix is in nearly every scene of the movie and never allows for there to be a dull moment. His supporting cast featuring Robert De Niro, Zazie Beetz and Brett Cullen all help to make this version of Gotham City one of the best ever brought to the big screen.

“Joker” is not an easy film to watch, but that is one of its many strengths. It is a fascinating character study of perhaps the most recognizable comic book villain ever with a realistically dark and violent twist. It is a film that takes many risks considering today’s politically correct society, but one that has the potential to leave filmgoers feeling positively impacted if taken in a healthy context.

For these reasons and more, “Joker” has earned Popcorn Picks’ third-ever perfect score.

Final rating: 4 kernels out of 4