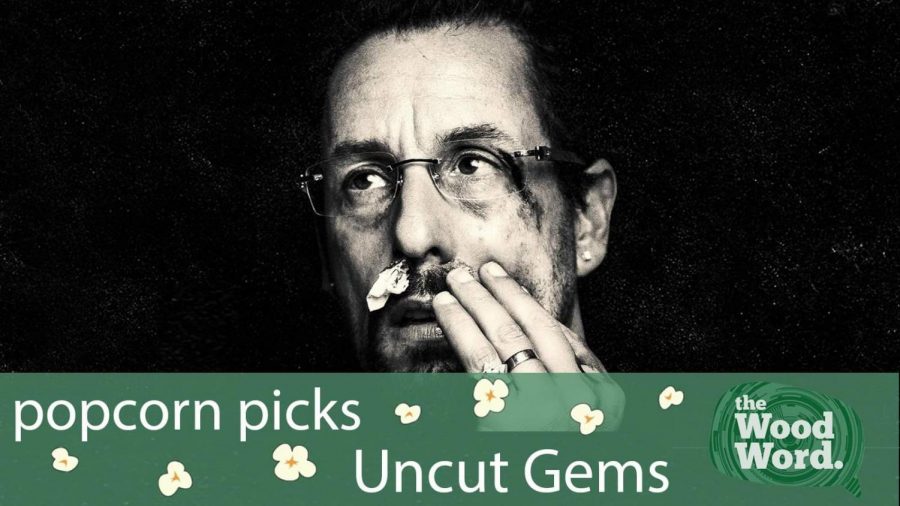 That is the only way I can describe my emotions as the credits began to roll on the film, and I found myself breathing a sigh of relief once it hit its climax. However, this is not a bad thing.

In fact, it is what makes “Uncut Gems” as great as it is.

In my opinion, the greatest accomplishment any film can ever achieve is if it makes you feel–more specifically, when it makes you feel something that is often perceived as negative. What I mean by this is that it is very easy to go see a movie and to like the hero and laugh, but it is hard for a filmmaker to create a movie with characters that the public would go as far as to say that they “hate” them.

And then there is Adam Sandler’s portrayal of Howard Ratner in “Uncut Gems,” a character who is so complex that he has the characteristics of a villain, but is the person the audience is rooting for throughout the movie.

“Uncut Gems” follows Ratner, a jeweler with a shop in the Diamond District of New York City who’s greed has gotten him in a hole of $100,000 in gambling debt. Ratner’s desire for lust has also ruined his family life and gets him into trouble with his mistress Julia.

Roughly two years prior to the events of the movie, Ratner purchases a black opal for much less than its regular selling price and plans to sell it to pay off his debt. Shortly after, Boston Celtics forward Kevin Garnett ends up in his shop and sees the opal, becomes obsessed with it and thinks it has mystical power. Garnett convinces Ratner to let him hold on to it for the weekend and goes on to lead the Celtics to a win in the 2012 Eastern Conference Semi-Finals.

After having difficulty retrieving the opal from Garnett, his loansharks begin to get impatient with him and his life seemingly begins to spiral more and more out of control as the film progresses.

Despite all of his shortcomings, I think it is clear to see that there is some good in Ratner. You desperately want to see him succeed, which makes it hurt that much more watching him feed his gambling addiction as soon as he gets money he should be using to pay off his debt.

Although Sandler is well known for his comedies and otherwise bad films, when given a dramatic role, he excels with flying colors as he did in “Uncut Gems.” I can’t think of a single scene where he isn’t in the film, which works to its advantage because the film is wildly entertaining whenever he’s on-screen.

It is a shame that Sandler won’t be recognized for his efforts during awards season as he did not receive a nomination at the upcoming 92nd Academy Awards for his performance. Don’t let that fool you though. This is one of the best performances of the year.

The other thing that should be noted about “Uncut Gems” is its cinematography, which features close zooms, quick cuts and a frantic pace at times. This, mixed with the dialogue of the actors, creates scenes that caused me to become anxious, almost as if I was standing there watching it all happen in real life.

Watching “Uncut Gems” is a unique cinematic viewing experience. So much happens over the course of its 135 minute runtime, and it leaves the viewer with so much more to think about and dissect after the credits roll. It is not a film for everyone, but those who take the time to watch it will not leave disappointed.

Final rating: 4 kernels out of 4