Popcorn Picks: These are the films that deserved an Academy Award nomination 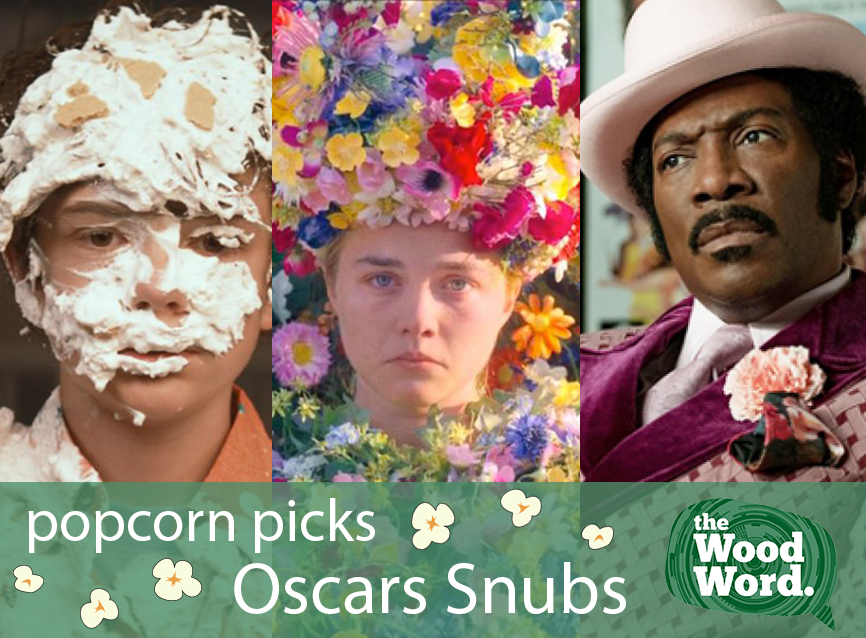 Ever since the nominations for the 92nd Academy Awards were released last month, people have been flocking to see the films nominated for the big awards, including but not limited to Best Picture, Cinematography and Directing.

While nominees such as “Joker,” “1917” and “Once Upon A Time In Hollywood” are worthy of praise, the Academy overlooked numerous films that may not have been as popular as others, but made an impact on critics and audiences alike.

These are the films that have earned moderate to critical acclaim over the past year but did not receive a nomination at this year’s Academy Awards.

Although actress Olivia Wilde is primarily known for her work in front of the camera, “Booksmart” demonstrates her potential as a film director. “Booksmart is a witty and stimulating take on the coming-of-age genre starring Beanie Feldstein and Kaitlyn Dever. The film sees the duo breaking rules and getting out of their comfort zones on their last day of school. Cultbox’s Charlotte Harrison praised the movie, calling it “one of the best teen films in years.” “Booksmart” is a must-watch for anyone who enjoys a good, heartfelt laugh.

“Booksmart” is currently available to stream on Hulu and view using home media.

“Dolemite Is My Name”

Starring Eddie Murphy in his first film since 2016, “Dolemite Is My Name” is a biopic of filmmaker Rudy Ray Moore, most renowned for portraying the character “Dolemite” in his own, self-directed series of blaxploitation films. Set in the 1970s, the film examines Moore’s rise from struggling artist to achieving stardom. With a 97% on Rotten Tomatoes, “Dolemite Is My Name” is a biopic that rightfully deserves all of the applause it has received.

“Dolemite Is My Name” is available to stream on Netflix today.

Shia LeBeouf serves as an actor and screenwriter in “Honey Boy,” a story about an alcoholic movie star reflecting upon his past traumas in an attempt to better himself as a human being. The film was reportedly written autobiographically by LaBeouf during his time in a rehabilitation program. It is the first full-length writing credit of LeBeouf’s career. Student Edge writer Simon Miraudo sums the film up best by saying “[LaBeouf’s involvement] may cause some to approach it with caution, and not unreasonably, but I’d suggest throwing caution to the wind. This, you gotta see.”

Based on Jessica Pressler’s 2015 article “The Hustlers at Scores: The Ex-Strippers Who Stole From (Mostly) Rich Men and Gave to, Well, Themselves,” “Hustlers” is an eccentric yet energizing and strikingly compelling heist drama, despite its taboo subject matter. Primarily set in the mid to late 2000s, the film follows an ensemble of exotic dancers who take advantage of wealthy male individuals to achieve financial prosperity. Selected as one of the best films of 2019 by NPR and Time Magazine, “Hustlers” should be on any avid cinephile’s radar.

Following the success of 2018’s “Hereditary,” Director Ari Aster released “Midsommar,” an intense and disturbing take on the psychological horror genre. Starring Florence Pugh as an emotionally distressed college student, the film examines a group of friends that travel to Sweden to attend a unique festival which, unbeknownst to them, is run by a Pagan cult. “Midsommar” is an incredibly unique cinematic experience that Charlotte O’Sullivan of the London Evening Standard accurately gave the title of “the feel-mad movie of the decade.”

A firm majority of the general public has begun to believe that Adam Sandler has become a subpar actor ever since his glory days starring in films such as “Billy Madison,” “Mr. Deeds” and “Click.” While 2002’s “Punch-Drunk-Love” displayed Sandler’s potential as an actor, he seemed to have thrown it all away in recent years in favor of the “Hotel Transylvania” series and other critically panned films such as “Jack and Jill,” “Pixels” and the “Grown Ups” series.

“Uncut Gems,” is Sandler’s return to form as a dramatic actor. The film sees Sandler depict a self-indulgent New York City jeweler named Howard Ratner, who gets stuck in a multitude of trouble with his business partners, family and friends. As Editor-in-Chief of The Wood Word Justin Kucharski stated in his review of “Uncut Gems,” “It is not a film for everyone, but those who take the time to watch it will not leave disappointed.”

“Uncut Gems” will be available to view using home video on March 10.

At its surface, “Waves” might come off as just another melodramatic title. In reality, it’s one of the most visceral and profound cinematic experiences of the year. The third full-length production from filmmaker Trey Edward Shults, “Waves” encaptures the emotional affairs a suburban family endures throughout their lives. Globe and Mail writer Barry Hertz describes the film best, saying “Waves is as anxiety-inducing as any other journey into the dark and unknowable.”

Even though the Academy did not nominate these films, they are certainly worth watching. Popularity does not necessarily equal quality. It never has and never will. The 92nd Academy Awards will take place Sunday, Feb. 9 at the Dolby Theatre in Los Angeles.