Popcorn Picks Review: ‘Sonic the Hedgehog’ is a movie for the fans 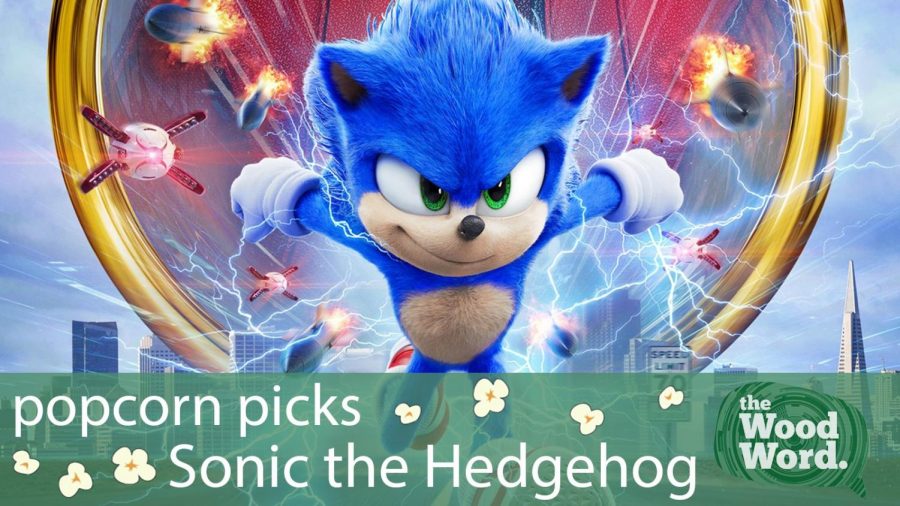 Ben Schwartz does a great job in giving Sonic the same energy he presents in the video games to the movie in "Sonic the Hedgehog." Photo credit: Autumn Bohner Image Courtesy Paramount Pictures

With a 94% audience rating on Rotten Tomatoes and over $100 million made globally, there is no denying the success of “Sonic the Hedgehog.”

However, that success did not come easily.

When the original trailer released in April 2019, it was met with an overwhelming amount of criticism from fans. After the backlash, Director Jeff Fowler tweeted that the character would be redesigned. The release date of the movie was then pushed from November 2019 to February 2020 and fans were again hopeful about the fate of their beloved hedgehog.

Ultimately the rework announcement made fans happy, but the redesign didn’t come without its own set of issues.

The animation studio that made the rework possible, Motion Picture Company, shut down its Vancouver branch in December. It’s unknown as to how many people were put out of work by this closure, but this is deeply upsetting to me personally.

Sonic was the character that got me into animation as a teen and always gave me inspiration to keep drawing and creating. He was what sparked interest in the film and entertainment industry for me. While I was genuinely excited to see this movie, it breaks my heart to know that it caused so many people such huge issues.

Despite all the setbacks, the blue blur finally made his way to the big screen and it was just what Sonic fans have been waiting for.

“Sonic the Hedgehog” follows the speedy and lovable blue hedgehog, voiced by Ben Schwartz, as he tries to avoid being captured by Dr. Robotnik, played by Jim Carrey, with help from local police officer Tom Wachowski, played by James Marsden. While it isn’t the most original storyline, Sonic’s charm is enough to keep you watching from start to finish and Schwartz does an amazing job bringing the same energy he presents in the video games to the movie.

Sonic’s super speed allows for some fun sequences throughout the movie, even making him appear to be in multiple places at once. The dynamic between the hedgehog and the other characters is fun and it’s easy to see yourself in this movie helping Sonic on his way to becoming a hero.

This movie is also filled with references to the video games, comics and cartoons for Sonic fans to find and enjoy. From classic music and hidden logos, to internet memes like “sanic” and chili dogs, it is easy to see this movie was made for the fans.

One of my gripes with the film is that when the CGI characters meet the real life characters, it isn’t exactly seamless. The CGI does look good on its own, but there are moments when it breaks your immersion; however, it is never bad enough to become a distraction.

As I’ve already mentioned, the storyline isn’t the most original. The bottom line is that “Sonic the Hedgehog” is a kids movie, featuring childish jokes and more. For those who grew up with the 1991 video game this may be a bit disheartening, but it didn’t bother me too much while watching the movie.

While the movie wasn’t perfect, the video games never were either. All fans wanted was a fun movie with a Sonic that resembles how we all remember him looking and that’s exactly what we got.

Final Rating: 3 out of 4 kernels