Press Play: Green Day fails to return to form with ‘Father Of All…’ 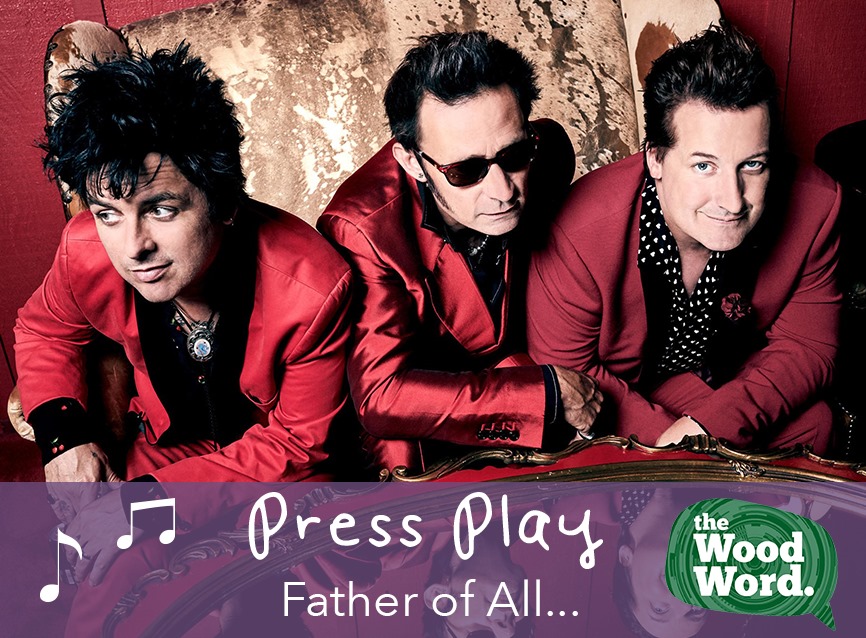 For many people, growing up with Green Day meant being surrounded by some of their bombastic rock-opera tracks such as “American Idiot” and “21 Guns” in addition to their early grunge rock hits like “Basket Case” and “Good Riddance (Time of Your Life).”

The band’s last studio album and 13th overall titled “Revolution Radio” received a positive score of 72 on Metacritic and was widely praised by fans at the time of its release. As the years have gone by however, the album would be forgotten about and ultimately critically panned by fans.

Three years later, the trio returned with the announcement of a new album titled “Father Of All…” and a world tour with fellow rockers Weezer and Fall Out Boy.

After the release of the title track “Father Of All…,” many dreaded the band’s new yet unoriginal sound. In preparation for the album, I avoided all of the other singles to remain unbiased.

Does Green Day manage to create an album based solely on their roots and craft it in such a way to appeal towards a mass audience?

The answer is they can’t, whether they genuinely want to or not.

When listening to this album in full for the first time, it is best described as a broken lighter that can’t ever reach a full flame. There are sparks of good material, but it isn’t able to hold up a fire to consider itself a decent album.

The first part of the album works to incorporate anthem rock vibes with songs like “Oh Yeah,” “Fire, Ready, Aim,” and the title track “Father Of All…,” along with trying to appeal to an older demographic with “I Was A Teenage Teenager.”

While the instrumentation and production of many of these songs can initially be quite appealing and rhythmical, the sound does not evolve and ends up becoming a repetitious, forgettable mess.

An example of this is in “Oh Yeah,” which features a sample of Joan Jett’s cover of “Do You Wanna Touch Me,” where the verses have me nodding my head but the chorus sinks my expectation for something greater.

On the other hand, the second half of the album kicks off with “Stab You in the Heart,” which is probably the best song from the entire project. Despite clocking in at a mere two minutes and 10 seconds, the song showcases what the band can do with a more blues-rock sound.

“Sugar Youth” features heavy-hitting guitar riffs and lyrics that make it sound like a b-side from the “Revolution Radio” era.

The band not only references their punk rock opera “American Idiot” on the album cover, but also interpolates lyrics from their track “She’s A Rebel” on “Sugar Youth.”

“Take the Money and Crawl” works to incorporate the hard rock sound the band is known for with driving guitar riffs from Mike Dirnt and slamming drums from Tre Cool. The album closes with “Graffitia,” which feels like a sub-par closing chat to finish a studio production.

Ultimately, there is not a clear and concise message presented throughout this effort.

In promotional material for the album, the band declares it as being “100% pure uncut rock.” In reality, this is not true in the slightest.

Most songs on the album boast diverse and eclectic sounds, all of which are cut short of living up to their true potential in favor of poorly written lyrics and overly polished production.

With the runtime clocking in at the minimum album-length requirement of approximately 26 minutes, many expected this album to be a farce to break the band free of their contract with Warner Records and that the trio would release a legitimate and compelling effort shortly after going independent.

As it has been over two weeks since the release, fans are losing hope and patience for the band to go back to their roots and play what they promised: 100% pure uncut rock.