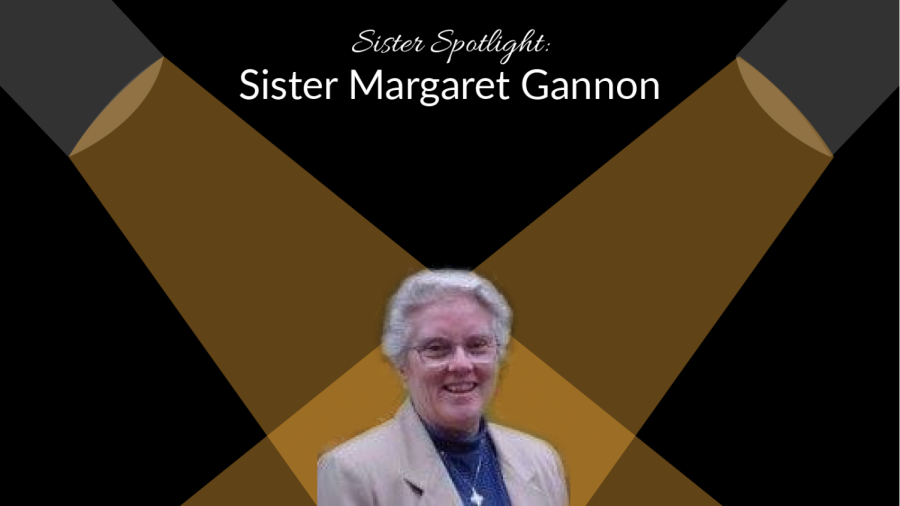 A self-proclaimed rabble-rouser, Sister Margaret Gannon’s career and retirement have been defined by her advocacy for social justice.

Raised in Brooklyn, New York, Gannon said she ended up at Marywood completely by accident. As a senior in high school, she could only apply to five colleges and simply applied to Marywood in order to fill in her last spot.

“God knows where God wants you to be and so he’ll put you there,” Gannon said.

Gannon said she joined the Congregation of the Sisters, Servants of the Immaculate Heart of Mary (IHM) during February of her freshman year at Marywood and has never regretted it.

Gannon said her calling to social justice began when she attended a conference where a speaker listed statistics about the number of people malnourished and homeless in the world.

After each statistic, Gannon said the speaker followed up by asking “Is that a surprise to you?” until the end of the presentation when she concluded by asking, “And you’re the teachers? How will the world know these things if you don’t know them?”

“That set me off exactly when I was going to graduate school to focus on the developing world,” Gannon said.

From there, Gannon said she has participated in numerous social justice initiatives over the years. Recently, Gannon has been active in the racial equity initiative on campus and with the African Sisters Education Collaborative.

Over the years, Gannon said she has also worked with the United Neighborhoods Centers in Scranton, advocated for resolving world hunger, helped educate migrant children in Scranton and assisted refugees.

“We are responsible, those of us who have more, for those who have less,” Gannon said.

Inside the classroom, Gannon has been doing similar work. In her 47 year teaching career, Gannon taught several social justice oriented classes including Hunger in the 21st Century, the History of Peace and two courses about women in the developing world.

Although Gannon has been retired for six years, she still organizes Alternative Break Service Trips to Africa and teaches the corresponding course. Gannon said the trip scheduled for this year had to be canceled due to the coronavirus, but will be rescheduled to the spring of next year.

Junior History/Pre-Law Major Deanna Charpentier, who was scheduled to go on the trip and is currently enrolled in the course taught by Gannon, said she was disappointed about the trip being postponed but has still really enjoyed the class.

“As a teacher she’s just so pure, welcoming and heartwarming toward everyone,” Charpentier said.

Like all other courses at Marywood, Gannon’s class has transitioned to online, but Charpentier said the transition has been smooth.

Besides having to transition to online instruction, Gannon said the coronavirus has impacted her in other ways.

“As far as we know, none of us Sisters has gotten the disease, but it would be unfortunate with the older sisters like myself,” said Gannon. “Our age makes us less resistant. So it is a concern, but I think we’ve done what we can to try and avoid it.”

According to Gannon, both the IHM Center and Our Lady of Peace have been closed, but residents and those that work there must have their temperature checked prior to entering the buildings.

“That’s created the need to call people a lot and be in connection,” Gannon said. “I’m sending jokes out to people and it really helps. Then people send some to me too.”

No matter what the future may hold, Gannon said is not worried.

“Eventually, as old as I am and many of my friends are, you don’t expect that you’re going to be living for the next 20 years or anything, so it’s okay,” Gannon said. “When it’s time, it’s’ time and God knows when it’s time. You [just] don’t want to take anybody with you.”