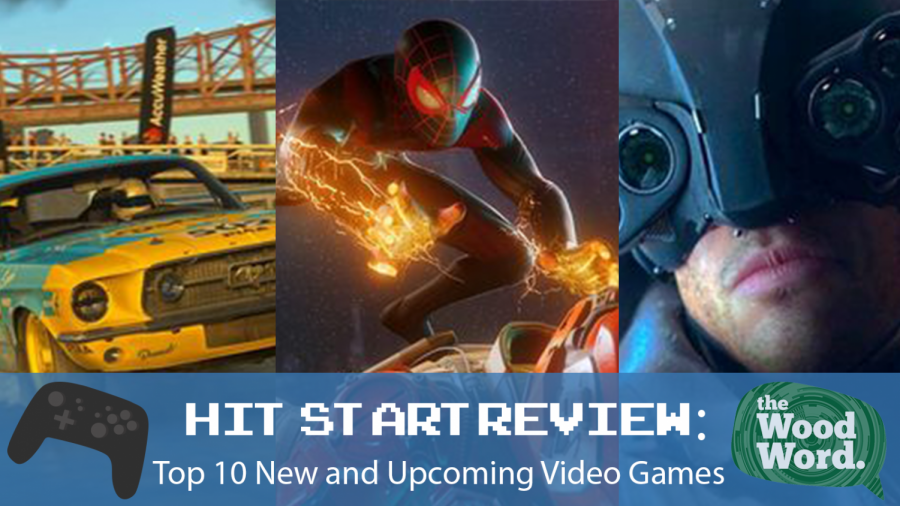 As the holiday season closes in, Vincent Casella says to keep an eye out for these new and upcoming games.

The 2020 holiday season is approaching, and for some retailers and consumers, it’s already here. That means the release of next-generation consoles and new games.

With “Ghosts of Tsushima”, “Fall Guys” and “Microsoft Flight Simulator” all receiving positive reviews in the last three months, this year is not stopping with games I’ve got my eyes on.

After being teased by developer InXile Entertainment since 2016, the third installment of the ever-popular tactical role-playing series “Wasteland” came out August 28. Although the title has had various game-breaking flaws since launch, critics and players alike have enjoyed their experiences in the post-apocalyptic world, as “Wasteland” scored generally favorable reviews via Metacritic. Both groups have particularly praised the addition of an online co-op mode to the series, in addition to its compelling plot and satisfying combat system.

Since “Marvel’s Avengers” was initially announced in January 2017, the gamer world has been hoping the first collaborative title between Japanese developer Square Enix and comic book enterprise Marvel would bring out the hero in all of us. However, when it launched on September 4, players were met with rampant frame rate issues on all platforms, along with a plethora of other interface and mechanical imperfections. Outside of these shortcomings, the action role-playing game has received high marks for its plotline and voice acting, despite its separation from the Marvel Cinematic Universe, and the depiction of Kamala Khan and her alter-ego Ms. Marvel. While not being a perfect game, there is no question it has the potential to become great, especially with the dedication Square Enix has shown to patching technical bugs and integrating new features quickly. Here’s hoping they will be able to fix everything by the time it gets ported over to the next-generation consoles this holiday season.

With the release of Sony’s next-generation PS5 console quickly approaching this holiday season, the fantasy-driven universe of “Godfall” looks to be one of the first titles for the new platform. The second production by California-based developer Counterplay Games is being published by renowned studio Gearbox Publishing, most well-known for their looter-shooter series “Borderlands.” With its innovative take on the third-person action genre, involving an elaborate loot system and unprecedented measures in co-op play, gamers look forward to the epic role-playing game falling into their hands. Counterplay was co-founded by former Blizzard Entertainment producer Keith Lee.

The latest IP from People Can Fly (PCF) , is “Outriders,” a futuristic, otherworldly third-person shooter. Like “Marvel’s Avengers,” the game is published by Square Enix, the creators of the Final Fantasy franchise. The title features the human race attempting to colonize the fictional alien planet Enoch. According to head writer Joshua Rubin, “Outriders” has a heartfelt, mature tone, similar to such films as Apocalypse Now and Heart of Darkness, unlike PCF’s previous works. PCF co-developed “Fortnite” and the “Gears of War” series with Epic Games.

The 14th entry in the Colin McRae Rally series, “Dirt 5,” will be released this November, alongside the next-generation consoles. Developed by Codemasters, a British publisher of racing games, the eighth entry in the franchise to carry the Dirt title will take players worldwide, allowing them to race in New York City, Paris, Rio De Janeiro and Greece, in addition to a multitude of other locations. The game will also include a story mode, a first for the series, featuring the voices of famed voice actors Nolan North and Troy Baker, both of whom have voiced countless characters in popular anime and video games. With the visual and mechanical improvements the developers have managed to include with every title thus far, “Dirt 5” should look amazing and feel even better.

The long-awaited sequel to the critically-acclaimed “Marvel’s Spider-Man,”will be released exclusively on the PS5 and PS4 later this year. The original “Spider Man” received rave reviews in 2018 for its gripping story and attention to detail within its beautiful rendition of Manhattan. The first game also featured ingenious college-student Peter Parker as the fan favorite web-slinger. The sequel will follow Miles Morales, a teenage mentee of Parker’s, as he dons his iconic red and black suit to navigate the bustling streets of New York City. Since Burbank studio Insomniac Games developed both the original “Spider-Man” and this sequel, I have faith Morales’ story will live up to the hype.

This third entry in the Bravely series, after 2014’s “Bravely Default” and 2016’s “Bravely Second,” is due to be released by the end of 2020. The new title will be similar to its predecessors in some respects, most notably its turn-based combat system and upgrade techniques. However, it also plans on taking various risks to differentiate itself from the others, including an entirely new plotline playable on the Nintendo Switch. This marks the first appearance of the role-playing series on the console. Developer Square Enix and publisher Nintendo hope these changes will allow new players an opportunity to get into the vast and spirited world of the series.

Bluepoint Games used Sony’s PS5 June reveal event to announce the highly challenging yet beloved precursor of FromSoftware’s “Souls” series would get a high definition remake. The Austin-based studio, known for its work on “Uncharted: The Nathan Drake Collection,” will be developing the title in collaboration with SIE Japan Studio, a first-party Sony production house that previously worked on 2015’s thematically-similar “Bloodborne.” Even though the studios have only released cinematic cutscenes and screenshots to the public, fans cannot wait to engross themselves in the dark and brutal world that began the action role-playing sensation of the late 2000s.

Another title initially announced at Sony’s PS5 June reveal was the “Resident Evil 8: Village,” the 10th title in Capcom’s popular survival horror franchise. Its 2017 predecessor “Resident Evil 7” was widely praised as being a return to form for the series. This latest entry will star Ethan Winters, the protagonist of the previous title, as he finds himself fighting to stay alive in a mysterious European village. Despite an abundance of leaks in the months leading up to its unveiling, critics and fans have both been thrilled by what is known about the game so far, including the addition of werewolf-esque monsters never before seen in the series.

My most anticipated title is one that has been teased off-and-on since 2012, and honestly, I cannot believe it will finally be on shelves this November. Developed by CD Projekt Red, the Polish creators behind the “Witcher” series, “Cyberpunk 2077” is a dystopian role-playing game within the universe of Mike Pondsmith’s table-top “Cyberpunk” game franchise. Taking place in 2077, the action primarily follows V, a formidable mercenary, as he roams the sleek, anarchistic streets of Night City. Featuring a massive, futuristic open world, hundreds of customizable character creator assets and the ability to hack one’s environment, this latest CD Projekt creation justifies the massive hype surrounding it. I sincerely hope the final product lives up to my expectations and will allow gamers to live out their cybernetic and neon-drenched dreams for the years to follow.

Correction: An earlier version of this article stated that “Spider-Man: Miles Morales” would only be released on PS5. The game will be released on both PS5 and PS4.