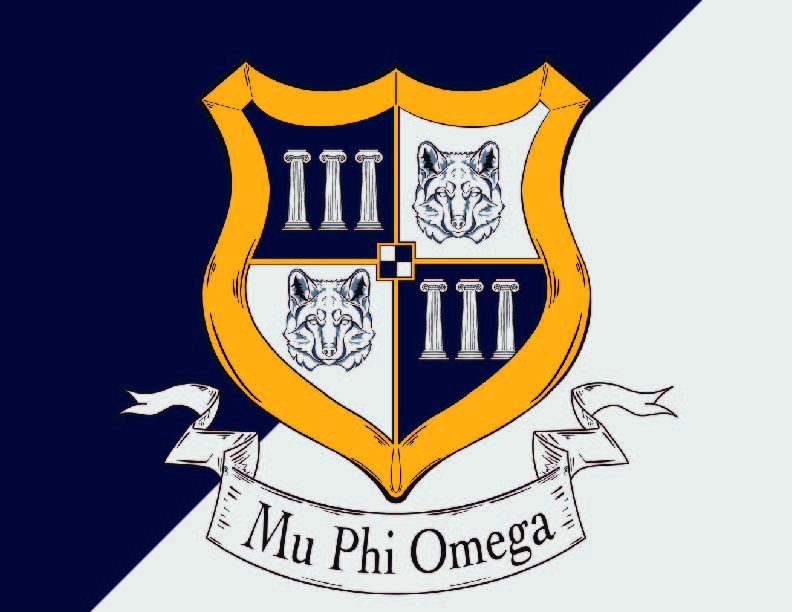 After years of participating in the national fraternity Phi Mu Delta, the members of the Marywood chapter decided to try something new this semester. Rather than continuing with the national organization, they chose to form a new local fraternity, Mu Phi Omega.

Phi Mu Delta was established on campus in 2017 by a group of male students. Mu Phi Omega President and Junior Architecture Major Kevin Kearney explained that the decision to break from Phi Mu Delta was based on the cost of dues.

“They just wanted their money, and that’s not what we’re about,” said Kearney. “Our thing is not about money, our thing is about brotherhood.”

According to Kearney, under Phi Mu Delta, dues were around $400 per semester. Under the new fraternity, the students set the dues at $50 per semester.

“We said $50 is affordable and lets us do what we want to do, and all that money goes right back to us,” said Kearney. “In the old fraternity, some went to the national office. Here, it goes right to us. We spend the money how we like.”

To establish the fraternity’s foundation, Kearney said the members met several times over the summer to create their constitution, pillars and crest.

“We were starting from the ground up,” said Kearney.

Brother Educator and Senior Architecture Major Joseph Elluzzi said the group based some parts of the new fraternity off Phi Mu Delta, including portions of the name. However, Elluzzi said they also got rid of some things and added others that they believed fit the organization better. According to Elluzzi, the group ultimately decided upon the pillars of courage, loyalty and service.

Once the group established the foundation, they met with the Director of Student Engagement Michael Kalage, Dean of Students Ross Novak and Title IX Coordinator Dr. Yerodin Lucas to receive final approval.

To remain a fraternity, the group must have 18 members. The group was approved to include five graduating seniors in that count, meaning they only need 13 members who are not seniors.

Elluzzi said the new fraternity held a few events so far this semester, including a game night. However, he noted that planning events are tough to do right now because of COVID-19 restrictions.

For example, Elluzzi said the fraternity has not yet been able to plan any service activities. However, he said he knows the group will be active in service projects in the future.

“That’s going to be coming in the future because service is a big part of our fraternity and of course, the one thing that we strive to do the most is [to] help out Marywood and the Scranton community,” said Elluzzi.

Kearney also said the fraternity is having weekly in-person meetings on Tuesdays at 9:00 p.m. that any interested students are welcome to attend.

“We always want them to come so they can see what we are like because fraternity is one thing, but once you actually meet people and get into it, it’s another thing,” said Kearney. “And I know that once they meet us, they’ll love the stuff that we do.”

However, Kearney asks interested members to visit the fraternity’s Instagram page and fill out the In-Person Meeting Reservation Form before attending. Kearney said this helps the fraternity members to ensure they do not exceed the COVID-19 capacity limits for the room during the meeting.

Kearney also said there is further information on the Instagram page for students interested in joining and that recruitment is ongoing.

“We encourage our potential members to come to our meetings, talk to us, like get involved with us, so we can show you what it’s all about,” said Kearney.