Our Opinion: Marywood drops to a C on annual report card 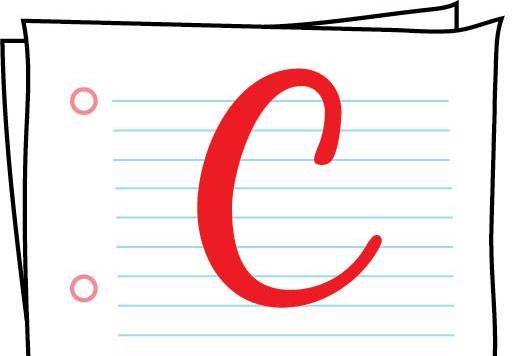 Marywood University remained consistent, but failed to improve over the past year.

The Wood Word Editorial Board has a tradition of giving out an annual report card for the university’s performance, much like faculty assign grades to students in their courses.

To assign our annual grade, we reflect on the previous year, taking into account all the good, the bad and any ugly from the past academic year. We aim to address issues of significance on campus.

Our grading scale is A through F, similar to a standard grading system: A is exceptional, B is above average, C is average, D is below average and F is, of course, a failure.

We took a break from assigning grades during the height of the pandemic these past two years, but now, as we seem to be coming to the tail end of COVID-19’s impact on day-to-day operations, we thought it was time to resume.

Marywood University has had both its triumphs and its setbacks over the course of the past year. While there were plenty of things that worked out for the best, there were impactful instances where the university faltered.

Overall, COVID-19 case numbers have dropped on campus. Since December, a total of 214 students tested positive, and the dashboard notes that 94 of those were not on campus while infectious. The only spike in positive cases was after the holidays, when a negative test was required to come back to campus. Even after the mask mandate was lifted on campus, cases stayed relatively low each week.

Dining Services bounced back after a rocky fall semester. Criticisms from parents and students alike due to food quality issues led to swift changes at both the Nazareth Dining Hall and the Study Grounds Cafe. Chartwells hired a new executive chef in March, and the menu at the Nazareth Dining Hall has been well received by students. The Study Grounds cafe also changed the grab-and -go items to pre-made, delivered food, a deviation from the fresh food made daily on site.

Marywood announced that it is working to become an Hispanic-serving institution. This is a fantastic step forward that will diversify our campus. This may also help to preemptively alleviate any drop in enrollment from the looming enrollment cliff.

Campus traditions returned. The Tree Lighting Ceremony was held in the Rotunda after last year’s was held outside to allow for social distancing. Other traditions like the hooding ceremony, as well as ceremonies honoring faculty for years of service returned as well. It’s a small but promising turn toward a future without the dark cloud of the pandemic.

Finally, in a rare bit of lighthearted news, students found a fish in the fountain in the Learning Commons. While the fish, named Phillipé Bilbao Jun’Ya, or PBJ, by his rescuers, did unfortunately pass away, it was a brief moment of light-hearted unity on campus that boosted morale.

Two distinct things fell in between the good and bad categories for our report card.

Snow Days became virtual. In the past, snow days were traditional: there would be no school and students and faculty could stay home and enjoy the snow. Due to the pandemic, however, technology was more readily available to allow for virtual learning days. This was good because we didn’t lose break days to make up for lost time, and, thanks to Sr. Mary, we were still able to have one traditional snow day in February. However, it sets a worrying precedent for the future, that snow days may be gone entirely, to be replaced with virtual learning. We’re hopeful that Marywood keeps its current model to allow for traditional snow days along with some virtual learning days. They’re good for mental health.

The other issue is the rebooting of the information technology (IT) department on campus. Marywood partnered with Dynamic Campus, a higher education IT company. The good thing is that students are given updates on outages or updates occurring and kept up to date with why the WiFi is being slow or a website won’t load. However, most of the IT department on campus opted to leave during the transition. Many of these employees were long-serving employees known to students and faculty alike, and their loss has been felt across campus. It’s also worth noting that the technology and wifi on campus has neither improved nor declined, which leaves this in that gray area.

The mask mandate was going to be lifted eventually; that’s an undeniable fact. But the timing was not ideal. Dr. Yerodin Lucas announced the mask mandate lift on a Friday morning via email, as a small section of a larger email. To make matters worse, this was the Friday before spring break; students would be returning to campus, many after traveling, increasing the chances that cases would rise among students and faculty. We wrote an editorial when this happened, cautioning against jumping to end pandemic restrictions.

After a string of catalytic converter thefts in the area, it’s worth noting that, in what can be described as nothing short of a security risk, there are still no security cameras outdoors on campus. A few thefts were on campus, which raised the issue about the lack of security cameras outside. While it ultimately comes down to funding, it’s incredibly concerning to not have that added layer of security.

Research Day was poorly timed. Research Day has become an important day for students and faculty to show off their work as well as showcase their departments. Classes are canceled to allow students to view as many presentations as possible. However, this year, the event was scheduled for the day after Easter break. Many students opted to stay home an extra day, or take the day without classes to prepare for the week ahead instead of going to workshops and presentations on campus. A little planning on the administration’s part would have gone a long way to ensuring a better turnout for Research Day.

Despite some improvements, which we listed in “the good,” on campus dining had contamination issues. While a common complaint at any school is the food, the complaints from the fall semester about on campus dining went above your average “it’s not good” lament. Three separate complaints of objects in food, like a bug or metal, led to the aforementioned overhaul of dining services. However, the fact that this happened at all is not good.

The lack of a vaccine mandate on campus for employees and students was another misstep by administrators that led to a lot of confusion and worry. We believe, as we did in September, that a COVID-19 vaccine should be mandatory on campus like meningitis and chicken pox vaccinations. Now that masks are not required on campus, one of the best ways to protect everyone on campus and in the outside community is to require vaccination against COVID-19.

In that same vein, COVID-19 rules have been inconsistent. While data had not shown progress in improvement for the pandemic, a lot of rules did not remain from last school year. Dorms reopened to Marywood students to visit, and by the beginning of this spring semester, many COVID protocols had been eased back or removed entirely. Consistency is always the goal, and Marywood simply missed the mark when it came to COVID protocols.

There were a variety of factors to weigh when grading the university’s performance this year. The pandemic played heavily into our assessment, as we had to toe the line between giving credit where credit is due and holding administrators accountable. Ultimately, Marywood did well, but not outstandingly. After a collective vote, The Wood Word staff gives Marywood a C this year.

Fortunately, a C is still passing. As the saying goes, “Cs get degrees.”